The evaluation Building on a Foundation Stone: The Long-Term Impacts of a Local Infrastructure and Governance Program in Cambodia states that one of Sweden’s major programme initiatives for local democracy on Cambodia has created considerable and long-term socioeconomic benefit. The study uses geospatial impact evaluation (GIE), which is an innovative method for assessing the causal effects of development programmes.

In 1996, the Swedish International Development Cooperation Agency (Sida) and other donors worked with the Cambodian government in an attempt to rebuild confidence in public institutions and improve economic welfare by strengthening local democracy and administration.
The Seila Programme (‘seila’ means ‘foundation stone’ in Khmer) started as a pilot project in four municipalities. These were then scaled up and institutionalised through the establishment of the Commune/Sangkat Fund (CSF).
During the 2000s, the project went nationwide and included 14 000 villages. Today, the CSF is financed by the Cambodian authorities.
The evaluation shows that the programme generated considerable socioeconomic effects even in the years after the donors withdrew, around 2010. The Commune/Sangkat Fund considerably increased the level of economic development in the areas concerned. The biggest impact was in infrastructure and road projects in rural areas. 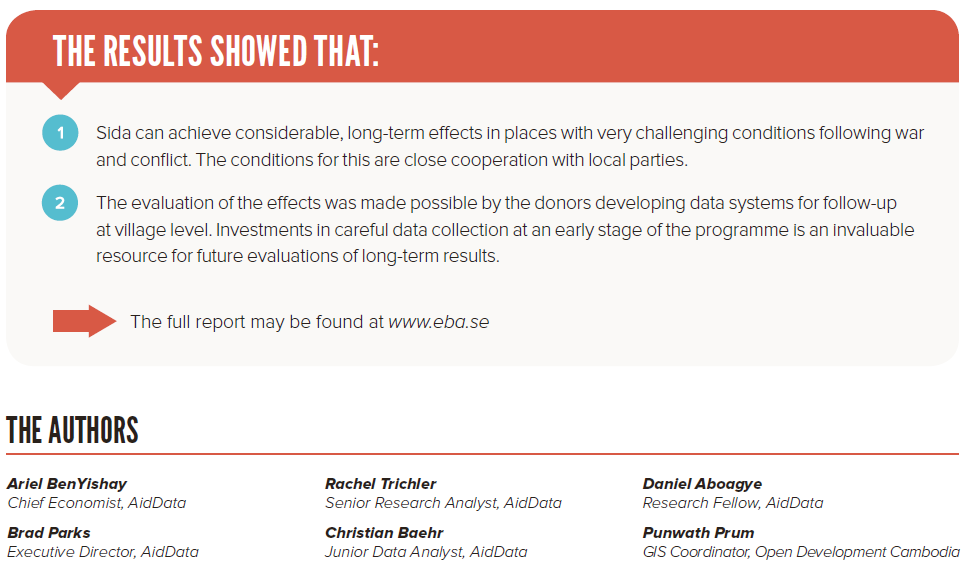