In 2015, the Swedish International Development Cooperation Agency (Sida) was tasked with strengthening gender integration by 2018. What results were achieved through this initiative?

The Expert Group for Aid Studies (EBA) commissioned an evaluation that followed Sida’s work over time through an ongoing research project. In Putting Priority into Practice: Sida’s Implementation of its Plan for Gender Integration, the plan for gender integration that has been in place since 2016 was examined.
The authors of the report considered that Sida had implemented most of the plan’s objectives. However, they state that the gender integration contributions lack balance and are dependent on the engagement and expertise of the individual employee.

A systematic follow-up shows that consideration is almost always given to issues of gender and gender equality, and that the proportion of support given to gender equality projects has increased. However, the type of analysis considered necessary for effective gender integration is often lacking.
The study is based on interviews and focus groups with Sida staff, locally employed staff and Sida partners. The authors have analysed close to 150 contributions and conducted field studies in Myanmar and Zambia. 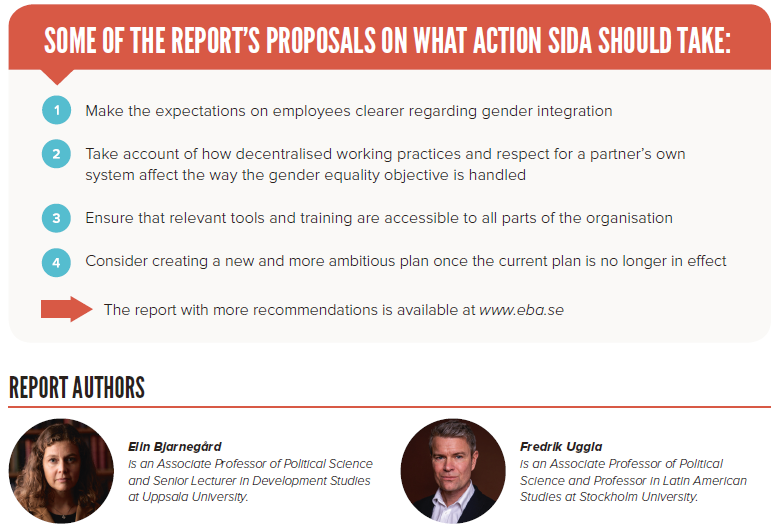