Discriminatory structures tend to keep people in poverty since they are not given full access to e.g. service provision or the educational system. One of the strongest messages of the Agenda 2030 framework is that no one will be left behind in the work to reach a sustainable development by 2030. This means that the poorest and most marginalized and discriminated people must be taken on board as well. We were interested to find out what we actually knew about the effectiveness of anti-discrimination measures. What works best for whom, and why? The Chronic Poverty Advisory Network (CPAN) based in UK do world leading research on the topic and we therefore asked them to write a report on the issue.

At the launching seminar on February 10, Rachel Marcus and Andrew Shepherd presented their EBA-report “Do Anti-Discrimination Measures Reduce Poverty Among Marginalised Social Groups?“ . In the report they put focus on large-scale actions and the impact of political reservations, measures to boost educational opportunities and outcomes, and measures to enhance labour market outcomes for marginalised social groups. Some of the key messages are that affirmative action do increase the number of people representing designated groups, however there are mixed evidence of whether this in turn benefit the represented social group. 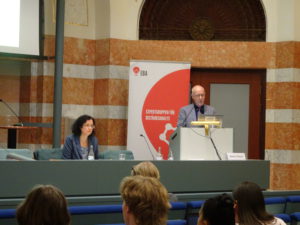 The invited panel consisted of Pär Zetterberg, political scientist, Uppsala university; Paula Engwall, Sida; and Wilson de los Reyes Aragon, the Swedish Association for Sexuality Education (RFSU). Pär Zetterberg pointed at the inherent risk of backlashes; targeting certain groups through e.g. reserved seats in parliaments by construction also creates “loosers”. Putting aside the merit system may create frustration and negative attitudes towards those targeted by the reform. That these are highly politicized and sensitive areas to navigate within is essential to understand, especially for external actors like donors. Andrew Shepherd advised donors to operate in the background and not be too direct in their normative work. Zetterberg also pointed to the fact that intersecting inequalities (e.g. female and disabled) are not addressed by affirmative action measures. The intersectional perspective is necessary to apply when it comes to understand the mechanisms of discrimination. This is a much under-researched area that may be a promising route forward to think about discrimination, according to Shepherd.

Paula Engwall pointed at the ambitiousness of the Agenda 2030 goal of leaving no one behind. It will pose huge challenges to meet and therefore we need to discuss the practical meaning of the goal in greater detail. Much of Sida’s operations are done in conflict or post-conflict areas and also within the humanitarian aid framework. Even though the political ambitions are there much work remains to find out how to reach the poorest people. In order for the education system to play a transformative role, much more focus is needed on quality and completion rates.

Wilson de los Reyes Aragon pointed at the fact that there is law almost everywhere; problems arise when the law is not acted upon by the state. Much more effort is needed to support the rule of law in order to create conditions for states to provide strong and clear institutional responses against discrimination. 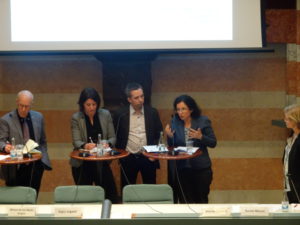 While many states need to enforce international and national laws in more just ways, there are other important ways to combat discrimination. Context specific conditions need to be carefully analysed through an intersectional perspective lens. For example, even though large scale inclusive programmes succeed in reaching discriminated groups and assure access on equal terms, targeted measures may still be effective in certain contexts.

It was also emphasized that we need to learn more about the social movements’ role in changing attitudes and behaviour and how the civil society can mobilize for change. This is exactly the focus of CPAN in the continuation of this anti-discrimination evaluation project.

The moderator, Julia Schalk, concluded with a few take-aways: (i) the importance to support public institutions; (ii) it is in the school, at the hospital, in the court etc. that discrimination is being realized, and therefore the responsibility of the service providers is large; (iii) we still do not know the long-term effects of anti-discrimination measures on reducing poverty – there is a missing link in the knowledge base; (iv) contextually adapted interventions require local ownership; (v) more discussion is needed on how intersectional issues are to be addressed in practice. 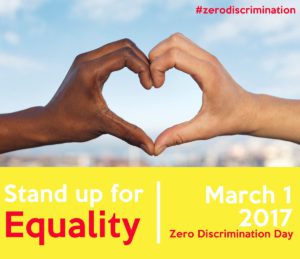